I. The Gallipoli Campaign

In response to the Ottoman Empire's entrance into the war on the side of the Central Powers, the Allies’ aim was to invade its territory of the Gallipoli Peninsula in order to secure the Dardenelles Strait and capture Constantinople. The campaign began with the Allied landings of British and French troops at Cape Helles and the Australian and New Zealand Army Corps (ANZAC) at Anzac Cove on 25 April, 1915.

To help break the ensuing stalemate, several attacks were planned for a simultaneous assault on multiple Ottoman lines. The ANZACs launched an assault on the Sari Bair range, where Chunuk Bair was one of the highest targets. On 8 August the New Zealanders captured and held the summit for 24 hours against constant barrages by the Ottomans. The next day, after British troops had relieved them, the captured ground was lost to the Ottomans. 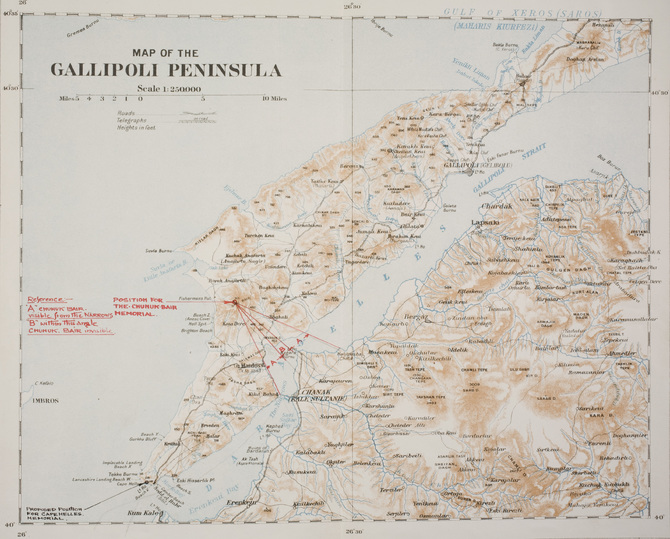 A map of the Gallipoli Peninsula annotated by Seager to show visibility ranges of the Chunuk Bair and Cape Helles memorials.