After two months of steadily pressing the German line back through the northeastern French countryside, the New Zealand Division reached the town of Le Quesnoy, which had been occupied by the Germans since 1914. Positioned on the high ground between two rivers, the medieval town is fortified with a moat and seventeenth-century ramparts. The New Zealand battlefield memorial is located near where the New Zealanders breached a section of the inner wall with a 30-ft ladder, and within minutes, had control of the town, as well as the river-crossing to the east. 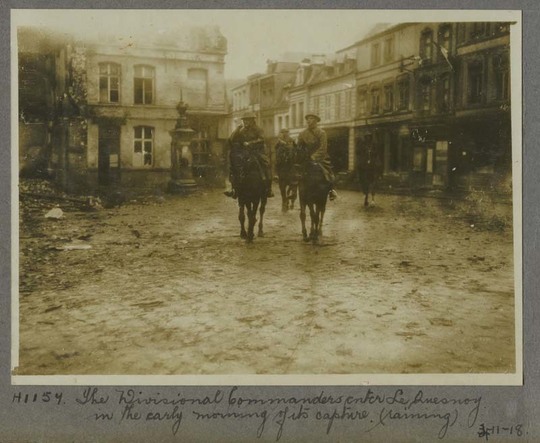