Established in 1917, the Imperial War Graves Commission was one of the first major organisations to grapple with the balance between issues of equality in commemoration and ‘appropriate’ forms of memorials for the missing or unidentified. To ensure that all of the dead were remembered regardless of rank, nationality, and religion, the Commission opted for a uniform design for headstones and special memorials. This would set boundaries on the amount of inscribed text and other insignia, and provide a clear sense of organisation in the cemeteries.

Three cemeteries were built in 1920 as design experiments for the principles the Commission had identified: Le Treport at Dieppe, and Louvencourt and Forceville, both located in the Somme region. All were designed by architect Sir Reginald Blomfield (1856–1942). This allowed the Commission to determine the cost, process of construction and effects of the architectural and horticultural elements. 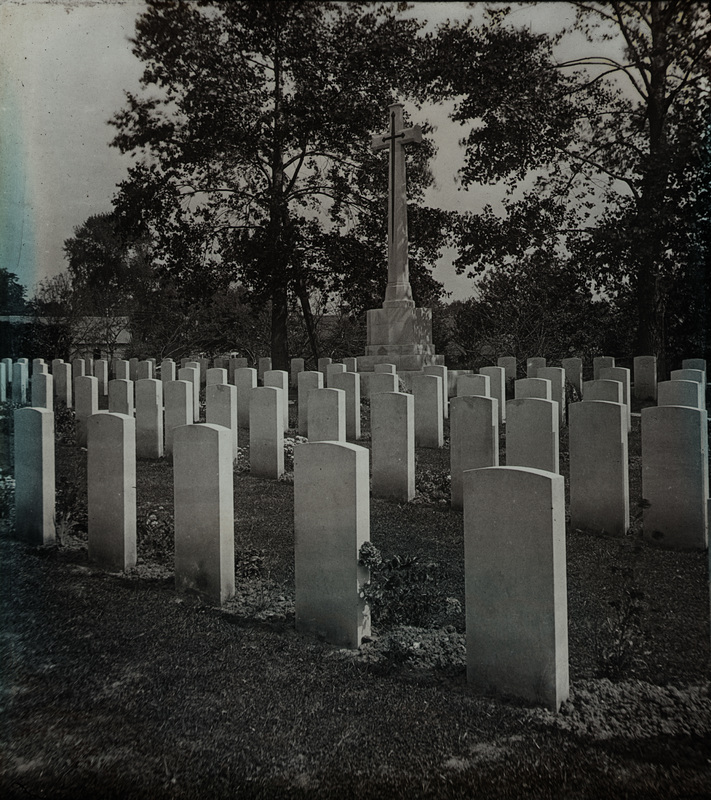 The Cross of Sacrifice at Forceville Communal Cemetery.

The Cross of Sacrifice

Forceville Communal Cemetery was deemed the most successful example of the test cemeteries. Blomfield also designed one of the two major features present at almost every CWGC cemetery: the Cross of Sacrifice. The rounded tops of the headstones also became the standard for individual graves, creating a uniform ornamentation for the graves of the fallen, no matter their nation or religion, and a harmonious rhythm of repeated forms in each cemetery. 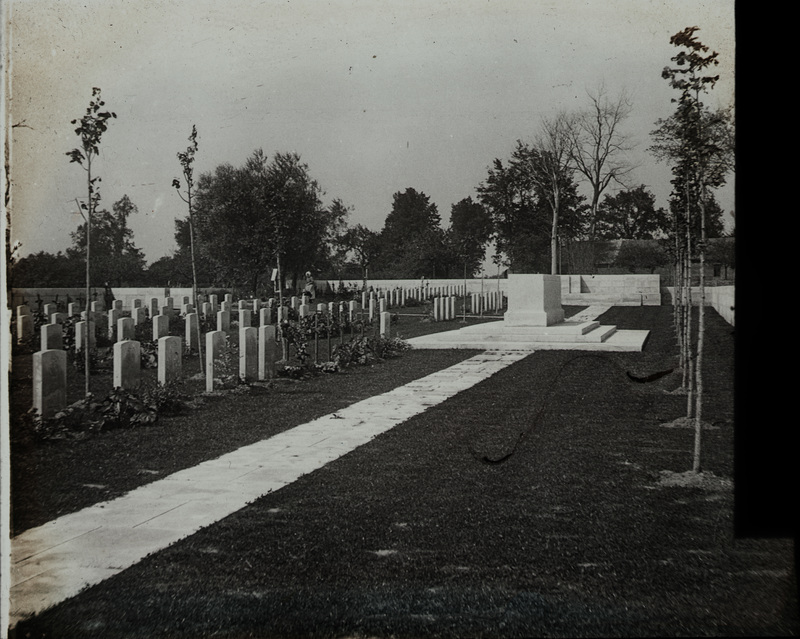 The Stone of Remembrance at Louvencourt Military Cemetery.

The Stone of Remembrance

The second major structure built in many of the IWGC cemeteries was the Stone of Remembrance, shown here at the Louvencourt Military Cemetery. Its presence and size was determined by the number of burials per cemetery. This altar-like monument was designed by Sir Edwin Lutyens (1869–1944), representing the common sacrifice of those different faiths. The largest variant of the Stone is 3.5m long by 1.5m high and is inscribed with “Their Name Liveth For Evermore” from Ecclesiasticus ch.44, v.14.