In the northern spring of 1919, Scottish architect Sir John Burnet (1857–1938) arrived at Gallipoli to find that the land was “unreliable and… unsuitable as foundations for permanent monuments of any size or weight”. As Principal Architect, he was to spend the next six years overseeing a team of junior architects in the design of 31 cemeteries and three memorials for the IWGC on what he called the peninsula’s “war broken ground”.

To contend with the landslide-prone ground, Burnet was forced to adapt some of the Commission’s design guidelines. A key example is the conversion of the Cross of Sacrifice motif from a freestanding structure into a relief sculpture on a wall. In doing so, he managed to avoid creating an emphasis on stark Christian symbolism in a predominantly Islamic nation. Grave markers were also treated differently, with a small stone pedestal design, rather than the taller and heavier, upright headstones. 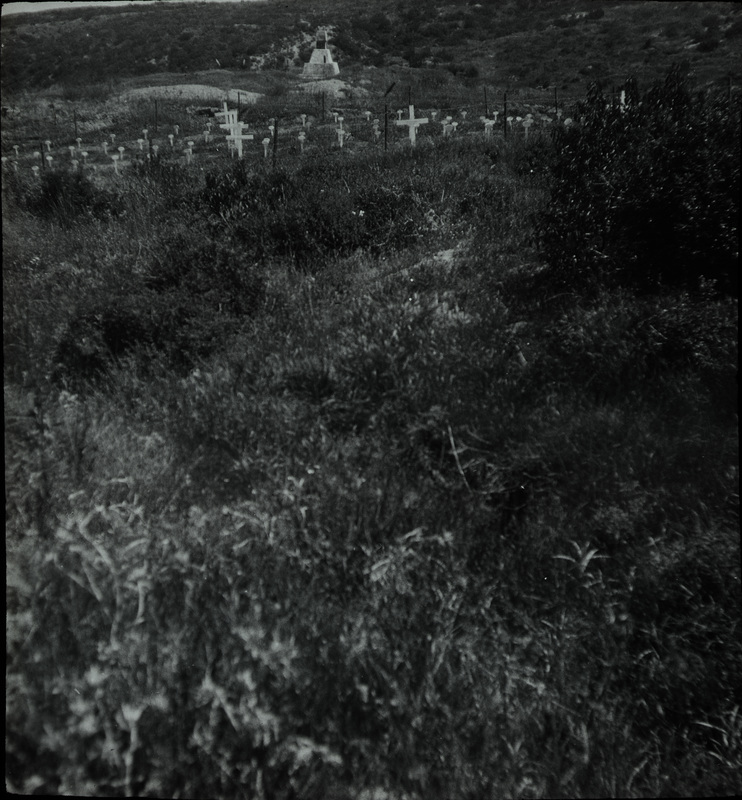 The Ottoman memorial at the Nek, with the Nek Cemetery.

Seager’s photographs at Gallipoli record fragments of the IWGC’s work forming cemeteries and building of memorials, and show his efforts to research the effects of Burnet’s designs on the Gallipoli landscape. This led him to consider the effect the New Zealand battlefield memorial would have on the overall setting and the other memorials and cemeteries on Gallipoli.

Inside the Anzac sector, the Nek was the scene of several Anzac attacks on Ottoman lines, the bloodiest battle taking place on 7 August. To help divert enemy reinforcements from Chunuk Bair, then held by the New Zealanders, the Australian 3rd Light Horse Brigade charged in this narrow pass and were heavily defeated by the Ottomans. The cemetery was established in what was formerly No Man’s Land.

In the background of the top lantern slide on the left stands one of only a few monuments the Ottomans raised in memory of their fallen troops after the Allies’ evacuation. About 4.5m high, the structure sat on a pyramidal base and five shells were placed upon it. The monument marks the position where the Allies were halted at the Nek throughout the campaign, and is known as Sergeant Mehmet’s tomb (Mehmet Çavuş Anıtı), as he was reported to have been killed near here after the landing of the Allies.

As one of three Turkish monuments built after the Allies’ evacuation, this memorial was said to commemorate the Ottoman “martyrs of the 19th Division” who were killed by a mine after the Anzac troops had already been evacuated. 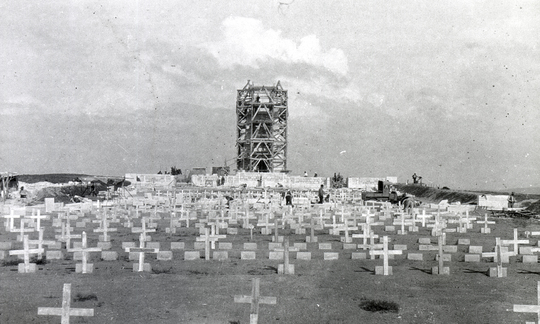 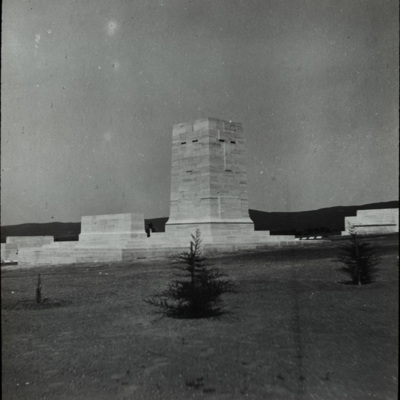 The memorial at Green Hill Cemetery. 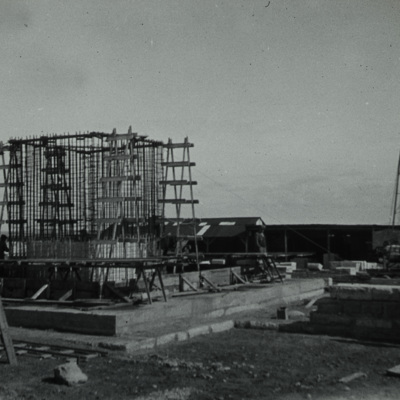 Top: cemetery and memorial at Lone Pine under construction. Above right: the Cape Helles memorial.

Lone Pine (Kanlısırt), saw intense fighting during the invasion in April and battles in May 1915. On 6 August the 1st Australian Brigade captured the area after hand-to-hand fighting with the Ottomans as a diversion from the action at Chunuk Bair.

Burnet designed the memorial in the Lone Pine Cemetery, which commemorates over 4900 Australian and New Zealand troops. The 14m high limestone obelisk is a memorial to the New Zealanders who died here and have no known grave. It is one of four memorials on Gallipoli dedicated to missing New Zealanders. On long adjacent walls, the names of Australians who fell at Gallipoli and have no known graves and those who died at sea are listed. It was built from 1923 to 1924.

On the 6th of August, extra British troops landed at Suvla to try and secure the Yilghin Burnu slopes as part of the wider coordinated attacks planned for the following day. Green Hill and the nearby Chocolate Hill, part of the Yilghin Burnu ridge, were both captured, with heavy losses, from the Ottomans on the night of August 7, 1915 by the 6th Lincolns and the 6th Border Regiment. Both hills remained on the Allied frontline until the end of the war, despite another attempt to extend it on the 21st of August. The cemetery features another squat obelisk, similar to the memorials at Hill 60 and Lone Pine. No New Zealanders are commemorated at Green Hill.

Also designed by Burnet, the memorial on the cliffs at Cape Helles commemorates the entire Allied effort at Gallipoli, including those who perished there and those whose graves are unknown (apart from names of those already listed on memorials to the missing elsewhere on the peninsula). Names of the ships and units are also inscribed on tablets at each face of the monument. It was unveiled on 4 September 1926.

Standing at 32m (108 ft) high, the memorial was designed to be seen by vessels sailing through the Dardanelles. While it is a simple, almost severe, obelisk form, the memorial’s surface is rough from the stone blocks and has a bevelled profile around its base, where the inscriptions are located. 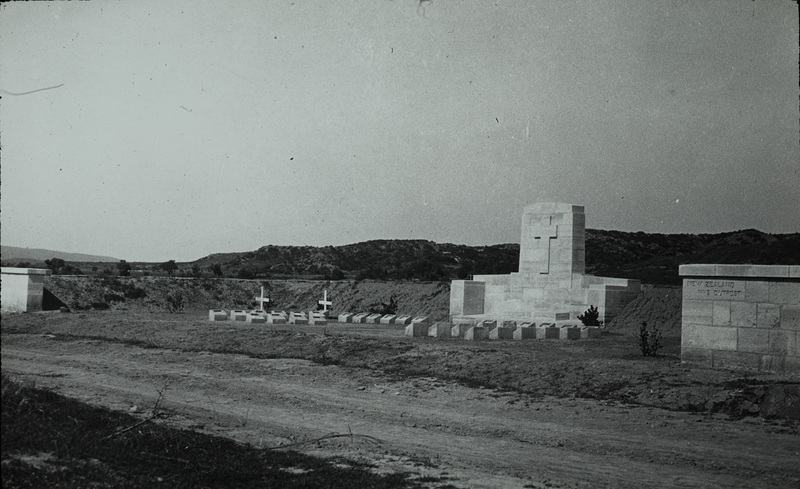 The Cross of Sacrifice at the New Zealand No. 2 Outpost Cemetery.

Located about 100m south from the No. 2 Outpost Cemetery, the outpost is one of three formed by the New Zealanders as bases from which to launch attacks. New Zealand No. 2 was formed by the Nelson Company of the Canterbury Battalion to make burials of killed ANZACs only a few days after the initial Allied landings in April 1915. It was also near the site of an attack made on the 13th Battalion of the Australian Infantry during the August offensive.

Of the 183 soldiers buried here, 150 are unidentified. Special memorials commemorate thirteen New Zealanders, ten British and eight Australians who are believed to be buried here. The cemetery is on a raised terrace, is surrounded by a low ha-ha boundary featuring the Cross of Sacrifice.