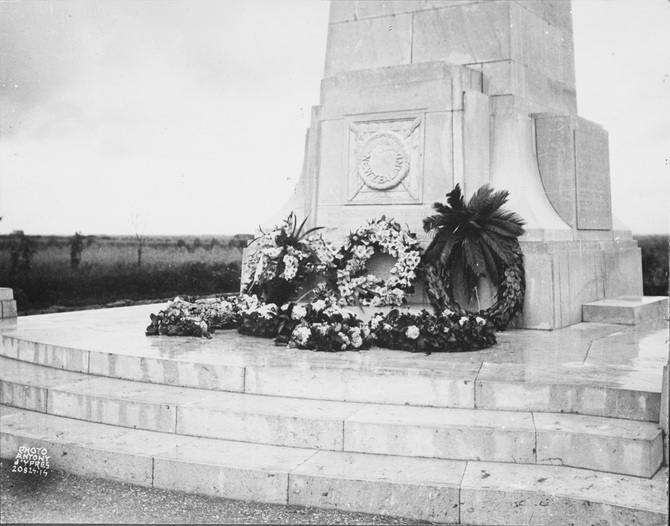 Wreaths laid at the foot of the New Zealand battle exploit memorial at Gravenstafel on the day of its unveiling, 2 August 1924.

The New Zealand battlefield memorial stands on the northern side of the crossroads at s’Gravenstafel, which leads to the towns of Passendale, Broodseinde, Zonnebeke and Tyne Cot. The memorial recognises the efforts of the New Zealand Division in capturing Gravenstafel Spur during the Battle of Broodseinde.

Obtaining the Gravenstafel site was a lengthy and complicated process. It was identified as early as 1919 as a desirable location that offered extensive views over the plains where New Zealanders had fought. Yet difficult negotiations with the section’s five owners were compounded by the local bureaucracy and the acquisition was eventually completed in November 1923. 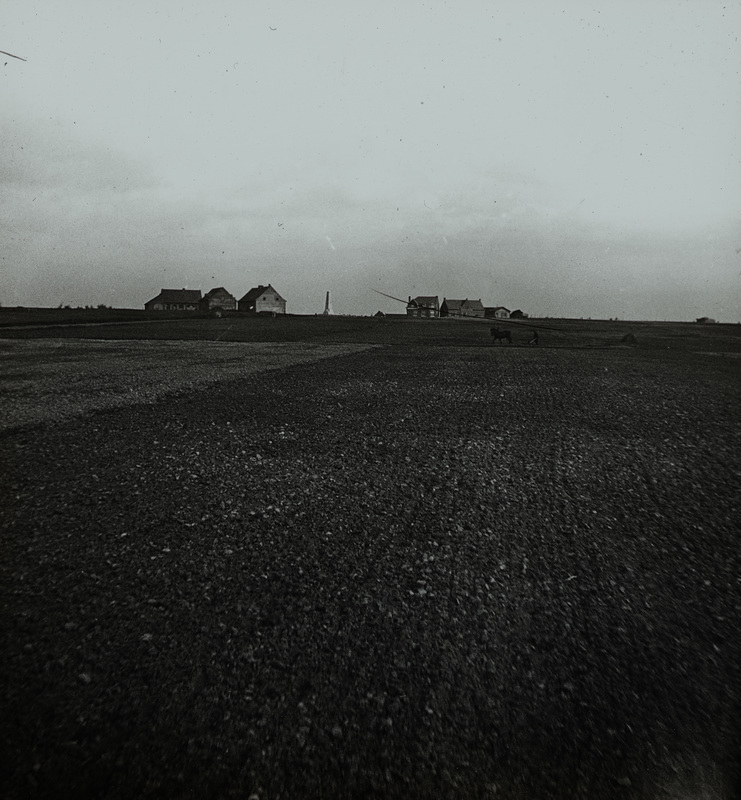 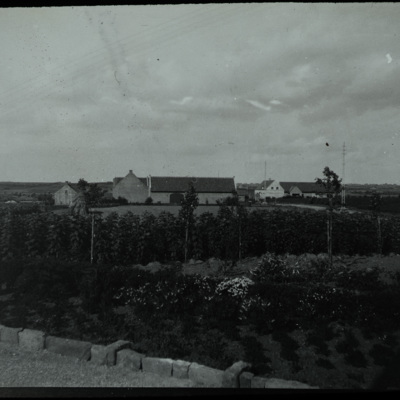 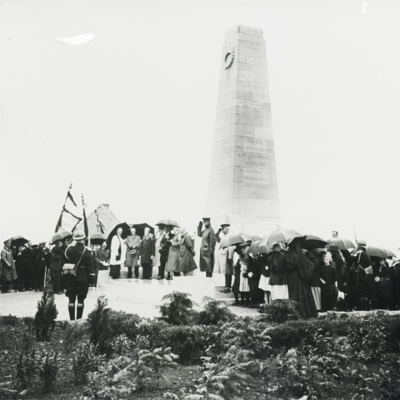 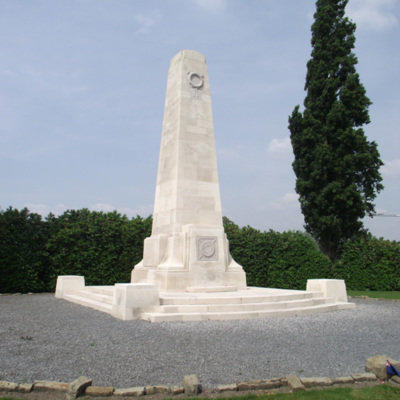 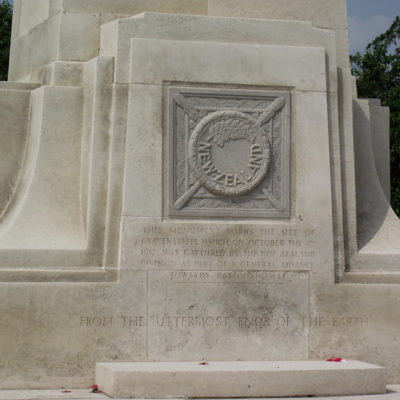 While levelling of the site had begun in mid-1923, the main roads had been severely damaged by shelling. With reconstruction a low priority for the cash-strapped Belgian government, the contractors were unable to use motor vehicles to access the site during poor weather. During this period, Seager based himself in Ypres to allow him to visit the Messines and Gravenstafel sites as frequently as he wished.

Like its counterparts at Longueval and Messines, the Gravenstafel memorial took the form of an obelisk on a small square base, with three steps curving outwards at the front. It was completed in the summer of 1924 by Messrs Fenning and Co. The IWGC, Wallace and Co., and Shaw Lovell were responsible for the horticultural work.

Around the gravel path surrounding the memorial, indigenous New Zealand shrubs, including flax and Veronicas, were planted densely with European shrubs that covered most of the small site. Lombardy poplars and silver birch trees were planted behind the monument, framing the northern boundary where newly-sown cornfields had begun to emerge.

The Gravenstafel memorial was unveiled by Sir James Allen the day after the unveiling of the Battlefield Memorial at Messines, on 2 August, 1924. Belgian officials, a military band and guard of honour were present, and citizens from the surrounding villages and towns laid a wreath on the monument made with flowers from their own gardens. The Rev. Frank Dunnage dedicated the monument and the Burgomaster of Passchendaele and General Sir Alexander Godley were among those who gave speeches, despite the wind and rain.

The following inscriptions are on the front of the memorial’s shaft, with Flemish and French translations on the sides:

The Pathé newsreel of the unveiling ceremony on 2 August 1924.

From the Uttermost Ends of the Earth.